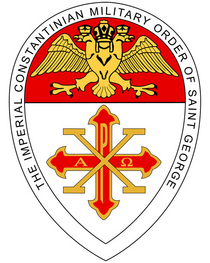 History of the Colorado Order – In the early 1980’s, the late his excellency general Ronald Maclennon of Maclennon, Knight Commander in the Imperial Constantinian Military Order of Saint George, was a special guest at the Long’s Peak Scottish/Irish Festival where he was introduced to Dr. James Durward.

Dr. Durward was invested into the Imperial Constantinian Military Order of Saint George, as a knight of Saint George, then a knight officer, and finally as knight commander, prior of Colorado.  In 1995, Princess Patricia Palaeologina, supreme grand master of the order, installed his excellency chevalier James Durward as knight grand cross, the baron of Brusa, grand prior of the grand priory for the mountains and plains.

Since 1990, other worthy individuals have been invested into this ancient order bringing the current total number to sixty-one (2016).  In 1996, at the request of the princess, the priory became active and includes the following states:  Colorado, Kansas, Montana, New Mexico, Oklahoma, South Dakota, Utah and Wyoming.  In April 2006, by order of the princess, his excellency chevalier James, the baron of Brusa, Durward was selected as deputy supreme grand master of the imperial Constantinian Military Order of Saint George and the rank of Grand Cross and Colors St. George.

In our modern culture, our priory’s are dedicated to maintaining the values of chivalry through family, fellowship, education and community service.

Troop 184’s involvement – BSA Troop 184 in Loveland, Colorado has had an active role in the Scottish Irish Highlands Festival since 1985, celebrating 30 years of continual service to the festival in 2015.  Troop 184 has handled parking lot monies collection, traffic direction when needed inside the lots, provided a Color Guard for the evening Tattoo’s, marched in the Saturday morning Parades, and anything else the Festival needs on a moment’s notice.  H.E. Justin King, KSG, has been involved with Troop 184 since he was 10 ½ years old, earning Eagle Scout in April of 2000, and has been an active member of the Boy Scouts of America since tiger cubs at the age of 5.  In 2016, H.E. Justin King, KSG celebrates 29 consecutive years of active involvement in the Boy Scouts of America as both a youth, and now an Adult Leader serving today’s youth.

It is because of this selfless service to others, not only in the Boy Scouts of America, but other organizations and daily life, that H.E. Commander Kenneth Morgan KCSG nominated King for Investiture into the Order.  Ken Morgan KCSG was also one of Justin King’s many Assistant Scoutmasters when he was a child, making the Investiture extra special for both, as Ken Morgan KCSG had the honor of placing the cross around his neck; placing the mantle and tying the bow, and awarding the brevet to the new Knight.

Highlands Festival – Anyone wishing to see Troop 184 participate in the 40th annual Scottish Irish Highlands Festival in 2016 is welcomed to Estes Park the weekend after Labor Day.  This year’s festival is September 8th through 11th 2016, and is always the weekend after Labor Day annually.  Troop 184 is Honored to be invited back annually keeping our long standing tradition alive and well with representing Scouting at an International Venue so close to home.

Agreeing to live by the code of Chivalry: 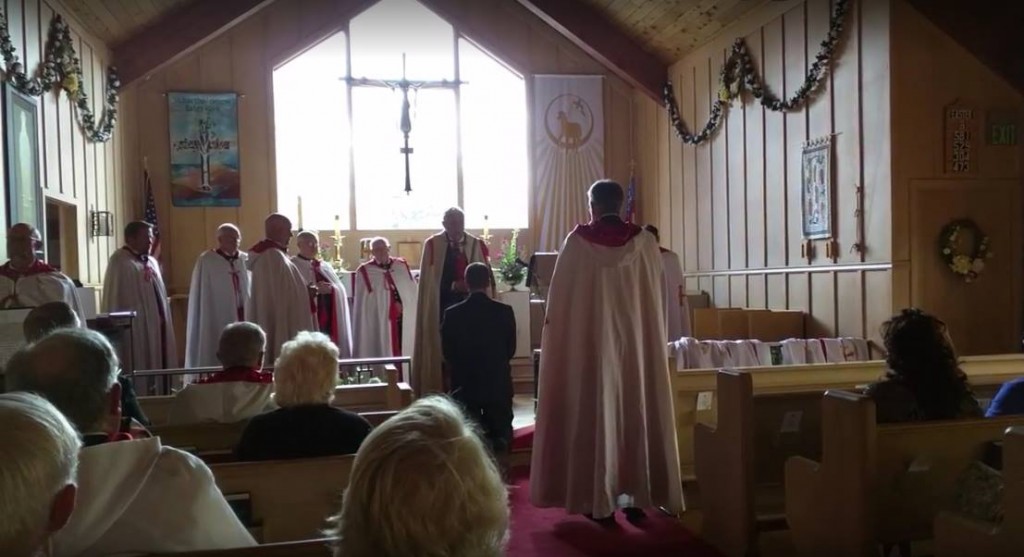 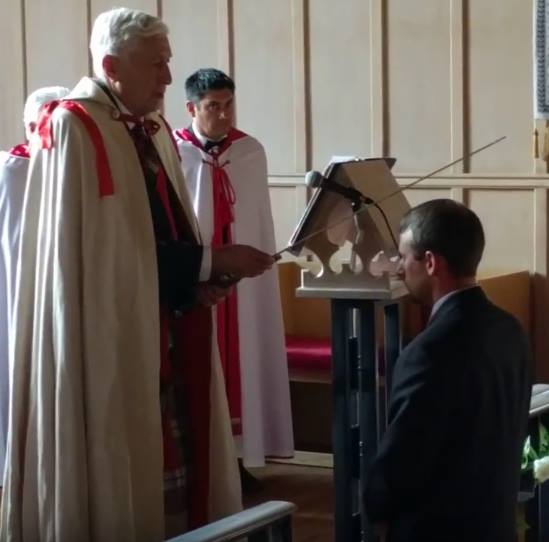 HE Commander Kenneth Morgan, KCSG tying the medallion onto the now HE Justin King, KSG: 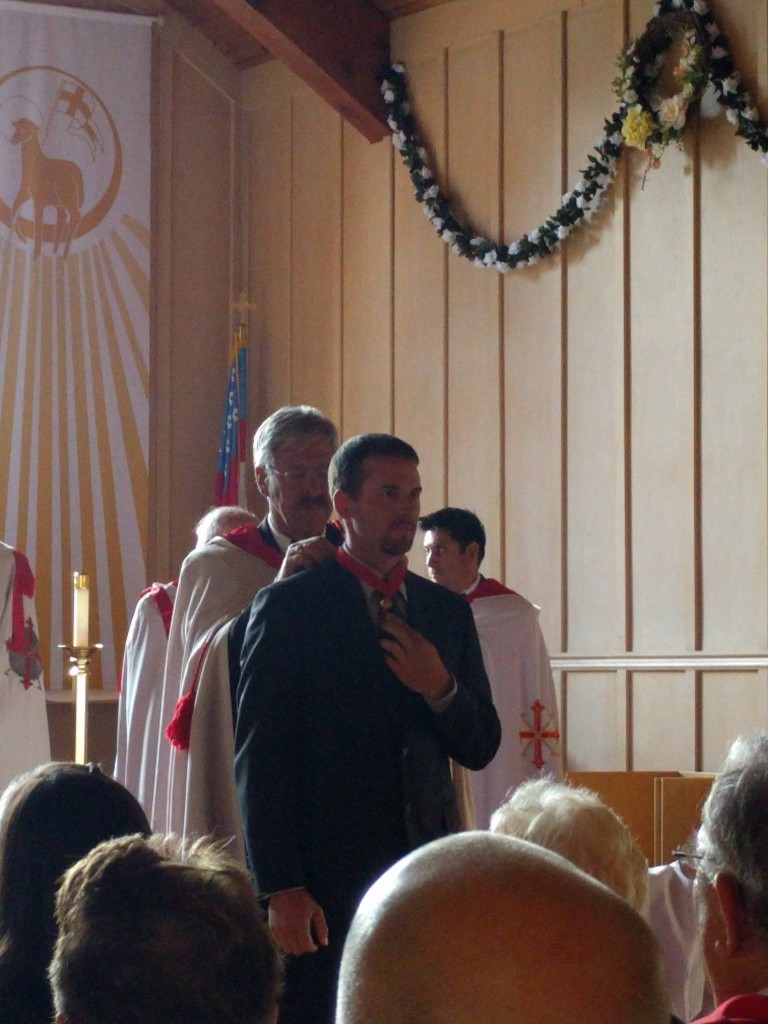